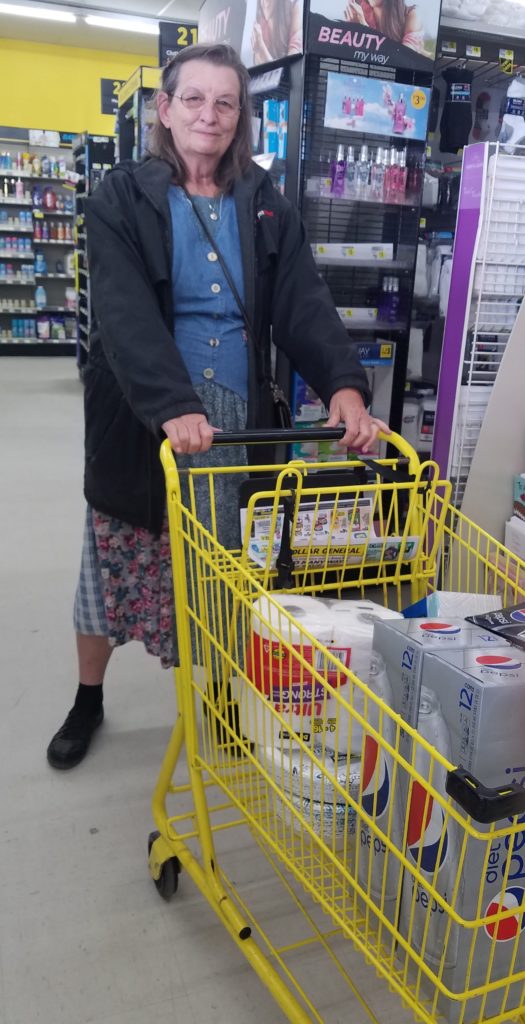 Nancy, from Texas, shares her amputation journey, her opinions on the Infinite Socket TF, and discusses her near and long term goals.

Until August of 1989, my life pretty much had been normal as a young mother of three. We had attended a family reunion where I was casually playing a game of baseball. The next day I noticed my left knee was sore but blew it off because of the activities the day before. However, within a few weeks, I wasn’t able to walk without being in severe pain.

This spurred a trip to the doctor, where they took some x-rays and ultimately found a tumor in the bone at the knee joint. I knew my life was going to change forever. On my 31st birthday, September 1989, I took my first step into MD Anderson, a cancer research hospital to undergo further tests. A few weeks later they confirmed it was cancer (osteosarcoma), prompting my year-long battle. In March of 1990, they removed my knee plus some bone above it, replacing it with a mechanical knee and rods.

In 1992 and 1994 the hospital undertook revision surgery because one of the rods cracked, and continued to come loose. The issues continued until 2004, where the doctors warned that if the same thing happened again, there wouldn’t be anything else they could do due to having no more bone to work with.

In 2010 the very same rod broke, with the family not expecting amputation. Every attempt had been made at salvaging the leg, only for them to all fail. That was a hard year! In September of 2011, the decision was made. On September 30 they took the leg; so began a new battle.

Over seven years I had attempted to use five traditional sockets, none of which were usable let alone comfortable. My Mobility was far from where it should have been. I would only wear the leg when I had to go to town or something similar in nature, but never more than four hours a day at most. I hated it! I just wanted to stick to my wheelchair and forget about everything I’d been through.

In searching for something new, something better, I came across the Infinite Socket. My mind said “This is it! this is what you need!” Now I just need to find a prosthetist that would do it, as the one I had wasn’t in favor of it. He wanted me to stick to the traditional socket types, which just wasn’t working out for me, so I reached out to LIM for help finding a prosthetist in my local area who has fit their product before. They duly obliged and connected me to a wonderful prosthetist at Prostheticare, here in Texas. The process of changing prosthetist was easy and simple, and the clinician there did a great job ensuring that I got the best fit possible. 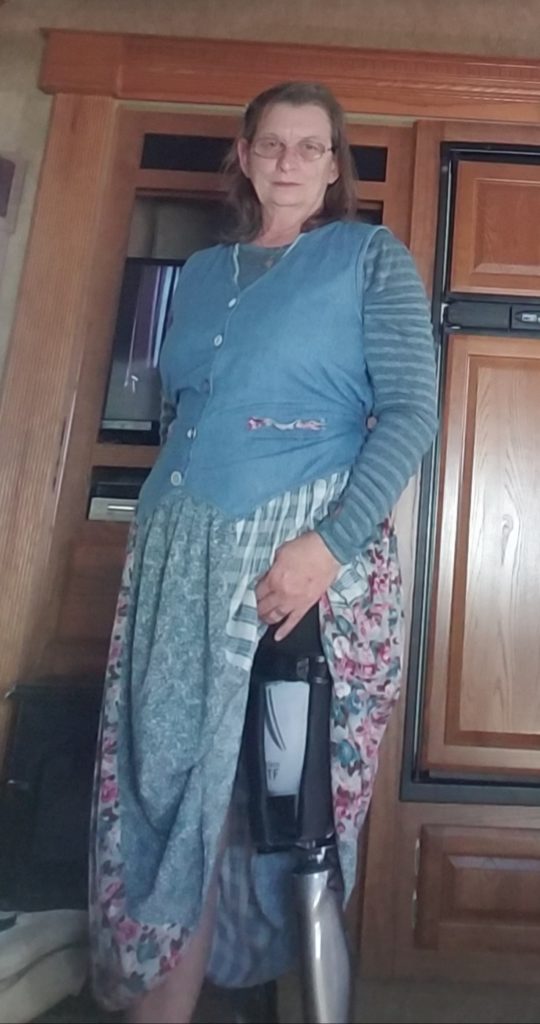 Granted I’ve only had the Infinite Socket for two months now, but I have seen a BIG improvement. It is SO comfortable and my mobility has improved greatly. I’m now wearing my leg 8 to 10 hours a day, every day! I’m able to get around so well that my husband has told me I need to slow down. I feel like my old self again, and finally in tune with my artificial leg. I went with a pin lock system with the ratchet tensioner at the top. I really love the ratchet because it’s easy to adjust the socket throughout the day to find the best fit for me. You’ll never get me in a traditional socket again.

For the first time in seven years, I’m able to go shopping without using one of those electric scooters. I’m now able to walk around the whole store without regrets, pain or sores. With any luck, I should be able to lose some of this weight I put on since the amputation and enjoy living life to the fullest once more.

My goals are to be more helpful to my family and maybe get a part-time job. My family keeps me busy but there is so much more I could do for them.  I think getting a job would help me feel even better about myself to able to contribute financially.