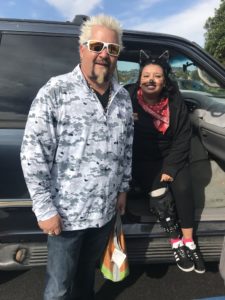 In May 2016, Sol Bernal was in a devastating car accident. As her doctors tried to prepare her father for the possibility that she would not survive, he remained undeterred in his belief that she would pull through. Eventually, her father was faced with an incomprehensible decision, either agree to the amputation of his daughter’s leg below the knee or risk her experiencing a stroke. He chose to allow the surgeons to amputate. Sol survived both the accident and the amputation but would spend the next four months recovering in the hospital.

After her initial recovery, Sol was fitted with a standard carbon fiber rigid suction socket. As her weight continued to fluctuate, she struggled to obtain a comfortable fit within her prosthesis. She quickly became frustrated as her activities became increasingly dependent upon whether her socket would be comfortable on a given day. She felt as if her recovery was being impacted by her socket discomfort.

Sol’s surgeon introduced her to the Infinite Socket™ during a postoperative visit. Eager to move beyond the limitations caused by volume fluctuations, she met with the prosthetic team at 121 Care San Francisco. After learning about the adjustable Infinite Socket™, she knew she found the solution she was seeking.

Soon after she was fit with an Infinite Socket™ TT,  she noticed a difference in comfort. “This socket has changed my life. I go to physical therapy and I am now spending time on a treadmill, learning to properly shift my weight, and climbing stairs.”

Sol continues to work through physical therapy to regain her strength and to master her prosthesis. She plans on going back to work as a pharmacy technician and is eager to return to school to pursue a degree in social work. In the coming months, she plans to resume living independently and driving. Ultimately, she wants to give back to the limb loss/ limb difference community.

Although she still recovering and adjusting to her new normal, Sol is becoming increasingly independent thanks to the adjustable Infinite Socket™ TT.  “Words cannot describe the tremendous gratitude I have for Dr. Laura Pak and the amazing team at 121 Care for introducing me to LIM Innovations®. My life is so much better now!” 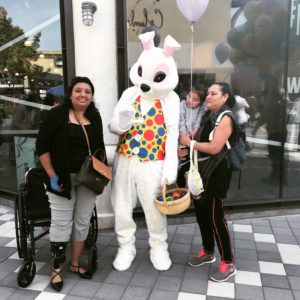