In the summer of 2009, Dr. Scott Love donated his time and expertise to help injured servicemen and women returning from the military conflicts. A trained physical therapist, he was eager to help the injured regain their strength and mobility after sustaining injuries in battle. Working in San Antonio, Texas, he quickly put his skills to use by helping young amputee soldiers.  Little did he know that these interactions would impact the rest of his life.

After fifteen (15) surgeries to salvage the limb, an above-knee amputation became his best option. Upon discharge from the hospital, he was provided with the name of a prosthetist, and he began the process of being fitted for and learning to master a prosthesis.  He was provided with a hard shell socket and a low energy foot, neither of which suited his body and lifestyle.

Dr. Love remembers falling 4-5 times per day due to the ill-fitting and uncomfortable socket. Eventually, he abandoned his prosthesis altogether and fell into a depression. Frustrated with his lack of mobility and out of a desire to escape the world, he medicated himself to sleep throughout the day.

His depression spiraled for a year until he was thrown a lifeline by his previous college advisor who offered him an online teaching position at St. Augustine College. During a visit to his new employer, he was introduced to a new Prosthetist who believed that a better and more appropriate device could be built. Dr. Love was fitted with a subischial vacuum socket with Genium knee and a high energy return foot. He says,  “I Instantly started walking without pain. Instantly started walking semi-normally. I broke down and cried.” 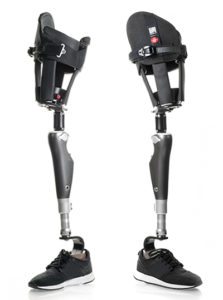 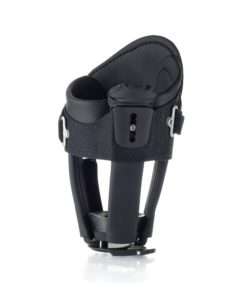 With his mobility restored, Dr. Love eventually accepted a full-time faculty position at St. Augustine College. He moved to Florida and his life was progressing but he still continued to struggle with socket fit. He did not know that other options existed until he was shown a photo of the LIM Innovations® Infinite Socket™ TF.  Immediately he knew that the Infinite TF would address many of his frustrations.

“I finally got a LIM and it totally rearranged my whole life.  I saved an hour and a half to two hours a day donning and doffing because my other socket was so difficult to wrangle. I get up in the morning. I shower, I put on my LIM leg and keep it on until 9, 10, 11, 12 at night. Before I had to take my leg off from work when I came home from work because it was uncomfortable.”

“The LIM lets me keep up with my active lifestyle. The LIM socket is one of the best things that ever happened to me. I tell every new amputee to get a LIM. They would never want to go anywhere else.”

1 thought on “From Physical Therapist To Patient”