In May of 2014 Irene received devastating news when she was diagnosed with Ewing Sarcoma, a pediatric bone cancer. On May 14th, Irene Blum celebrates two years cancer free, and we couldn’t be more happy for her. She has an amazing outlook on life, supports the community, and is bringing up her incredible son all at the same time.

She immediately began a valiant battle against the disease, which began with surgery followed by one year of aggressive chemotherapy treatments. The treatments took a toll on her body but did not impact her spirit or her thirst for life.

Although the doctors initially saved her leg surgically, the effects of the chemotherapy treatments wreaked havoc on her limb. Six months into treatment her leg was ravaged by uncontrollable infection. She went into septic shock because the chemotherapy suppressed her immune system to the point of nonexistence. In order to save her life, she underwent an above knee amputation of her right leg in December of 2014.

Despite the setback, Irene was determined that the amputation and cancer were not going to get the best of her. She was fitted with a conventional socket soon after her amputation but she struggled to maintain a comfortable fit. The chemotherapy, coupled with the weight loss due to the treatment, created a perfect storm for volume fluctuation. In March of 2015, her prosthetist recommended that she try the LIM Infinite TF Socket.

Due to the residual impact of the chemotherapy as well as the multiple revision surgeries, Irene began to experience issues with the shape of her limb. It was recommended that she return to a conventional rigid socket at the end 2016 to reshape her remaining limb. She wore the standard socket for six months and quickly became frustrated with its limitations. “I really missed my Infinite Socket because I had to deal with socks. I had to deal with swelling and not being able to get in because of pain. I was spoiled with my Infinite Socket.”

After what she describes as six long months, Irene eagerly returned to the Infinite Socket. “I was so happy when I finally got back into the Infinite socket. I’m not even touching socks anymore. I can fit in the morning and don’t have to worry about volume.” Irene resumed her active lifestyle and no longer feels limited by her socket restrictions.

Irene is cancer-free and can focus her energies on caring for her six-year- old son and finishing school. She is delighted to again feel the freedom that comes from the adjustable socket. “I can put it on and get back to my normal life. I am going to live and be happy and do things I enjoy in life. I am not going to settle being in an uncomfortable socket. I didn’t want to be uncomfortable.” 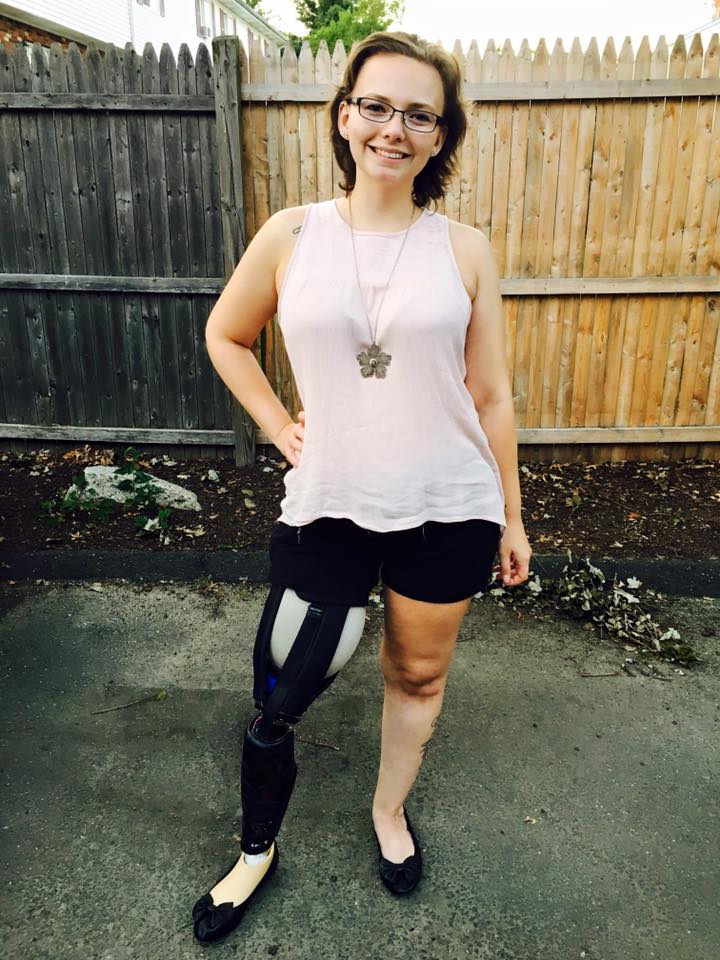